Greg Rickford was elected to the Ontario Legislature as the MPP for Kenora-Rainy River on June 7th, 2018.

Greg, his wife Janet and two young girls, live in Keewatin Ontario. Greg has lived and worked in many capacities in northern Ontario during his professional career. He is a former Member of Parliament for the riding of Kenora. He has worked as a nurse in many of Northern Ontario's northern indigenous communities. He owned his own business, holds degrees in common and civil law from McGill University and an MBA from Université Laval.

Greg is proud to represent the constituents of Kenora-Rainy River and brings a strong, experienced voice intent on delivering results for northwestern Ontario and beyond.

The Kenora-Rainy River Riding is one of the most westerly ridings in Ontario. The western border of the riding borders Manitoba and the southern boundary is with Minnesota to the south. The major centres located in the riding include the City of Kenora, City of Dryden, Town of Fort Frances. There is a wide selection of other municipalities speckled throughout the riding as well as many first nations communities. Natural and People resources abound in Kenora-Rainy River. 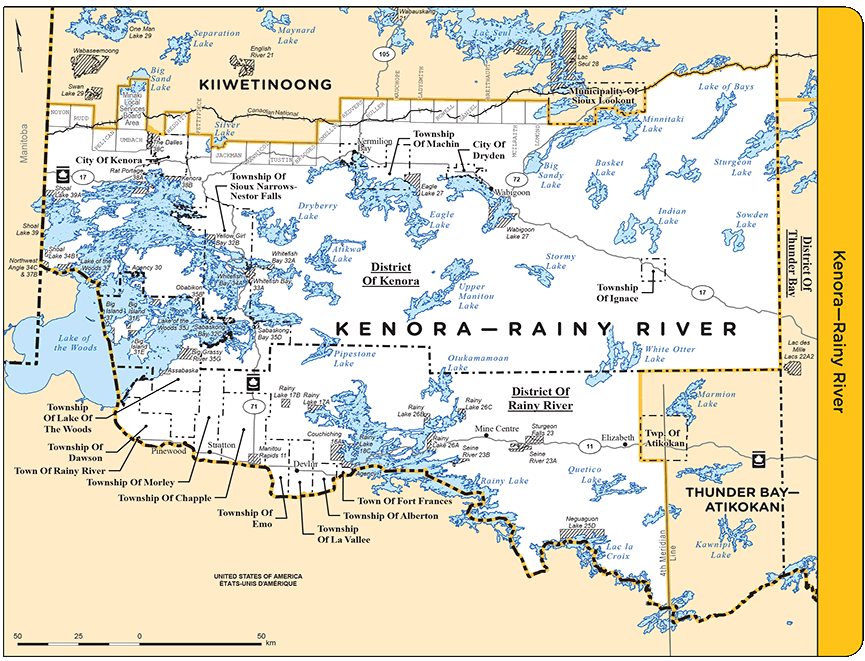